The final stretch goal on the Kickstarter campaign was a book party for backers at the historic Mark Twain House in Hartford. We’ve had some last-minute cancellations, so the Twain House is making those seats available to the public, if you happen to be in the area. There will be a reception, onstage conversation and slide show, and booksigning afterwards.

UPDATE: It was an amazing evening, and a fantastic conclusion to the long road of this Kickstarter campaign. Many thanks to Jacques at the Twain House for hosting the event and Gil Roth for acting as master of ceremonies. Thanks also to the Make That Thing team, without whom these books would never have been published, and to all of you who backed the campaign and made it such an overwhelming success. 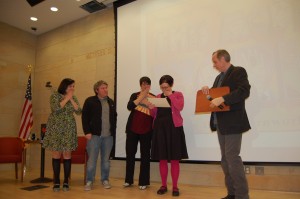 I brought some thank-you gifts for the MTT crew. 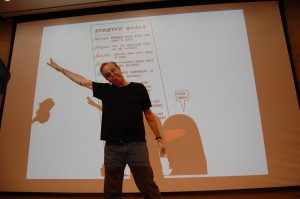 If you’d been there, you would have seen the big unveiling of the promised stretch-goal tattoo. 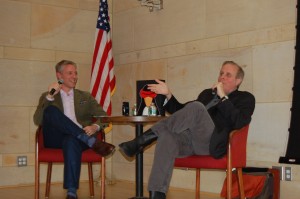 Chatting with podcaster Gil Roth. Audio of this part of the evening will be up at his site soon. 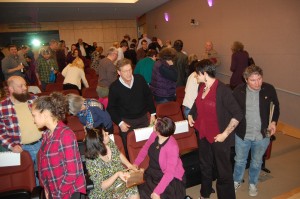 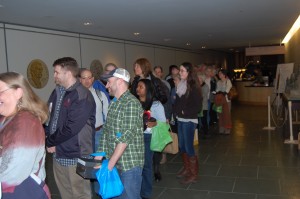 And that’s a wrap … a journey that started with a crazy idea for an entirely implausible book ends in the house that Mark Twain built.