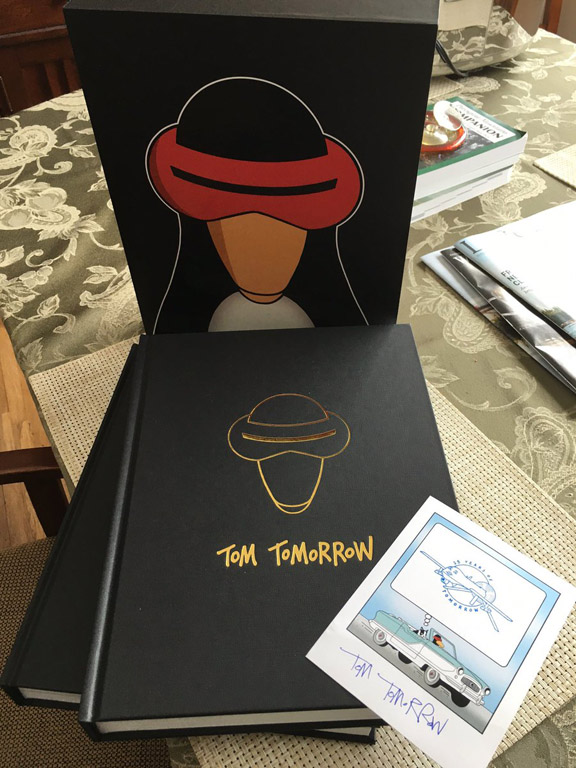 Two years ago I had the idea to publish a gigantic career retrospective through Kickstarter, and with an enormous amount of help from the crew at Make That Thing, the journey’s end is now near. We held an enormously successful Kickstarter — I’m not sure if it was record breaking, but it was close enough for my standards — and now the books are an idea made real in the world. After a few minor delays, shipping has commenced in earnest, and pictures like the one above (from user @sofawolfone) are starting to show up on Twitter. Once all the Kickstarter and Backerkit orders have been fulfilled, I’ll put any remaining stock up for sale on my Topatoco store — watch this site for the announcement.

And huge thanks to everyone who backed this project.

Adding, there are two remaining promises to keep: the Twain House party for backers, which is currently at full capacity … and the tattoo I promised I’d get if we hit a quarter million (which we did, and then some). The latter exists, I’m just waiting for the right moment to unveil it.