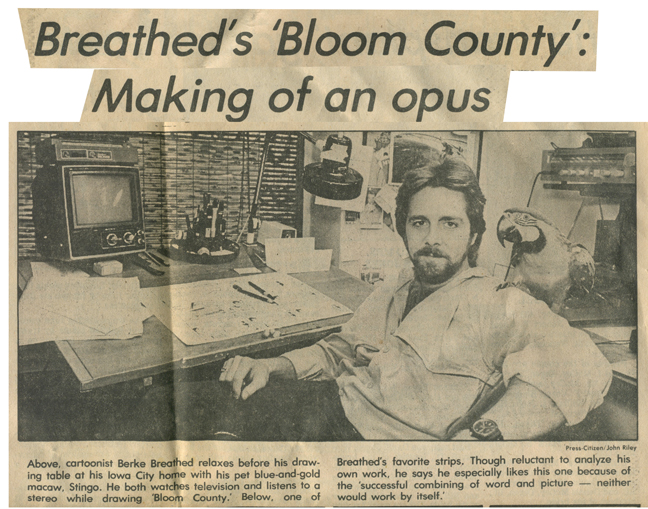 I’ve been going through some old boxes of clips recently, and found this article from the May 17, 1984 edition of the Iowa City Press Citizen. In the early eighties, Berke Breathed and I overlapped in Iowa City for a year or two. It was my hometown — I was in my early twenties, in a transitional moment, trying to figure out what I was doing with my life. He was at the peak of his initial success, and had landed in Iowa because his partner was going to school there. I was working in a copy center, and he used to come in with a stack of Bloom County originals, which was always a big thrill for the budding young cartoonist behind the counter. I still have a signed promotional bookstore poster with a small drawing of Opus that he gave me, as well as a couple signed books. Within a few months of this article’s publication, I was out of Iowa City and on my way to San Francisco. 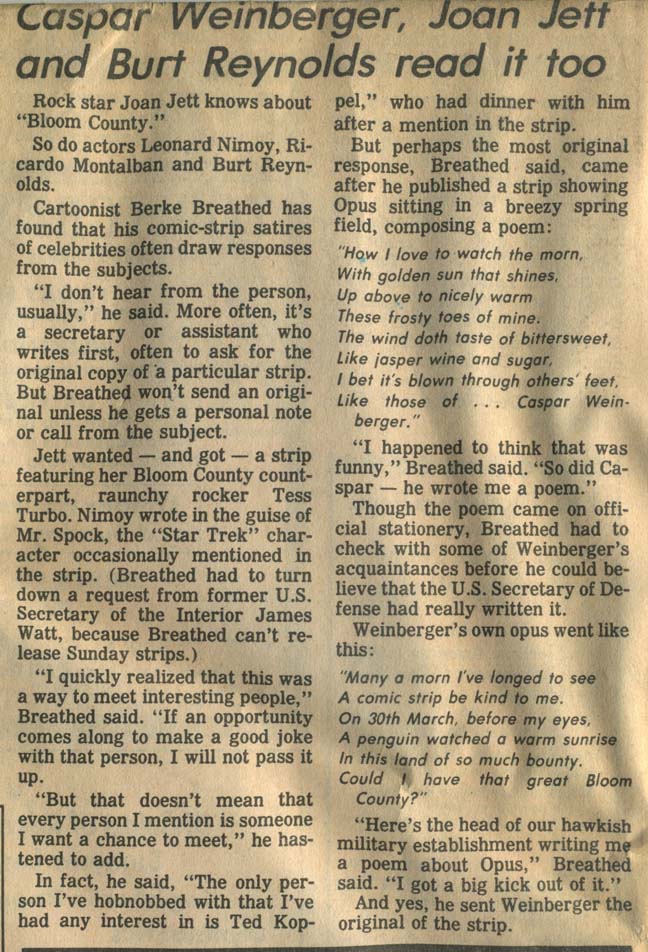 A side note: the rooming house in Bloom County was based on a George F. Barber catalog home in Iowa City, though contrary to popular belief, Breathed never lived there. (My girlfriend at the time did, however, so I probably spent more time in that house than Breathed ever did!)