I just heard about your â€˜Sparky Photo Competitionâ€™ through the list, and I hope I have a valid entry for you, as this is not actually a photo of a legit plush Sparky doll.

Hereâ€™s the story: I live in Kuwait, and when I found out about the Sparkys you have on offer, I mentioned to my wife that I thought they were really cool and that I was going to get one when we got back home this summer. I canâ€™t really order one from here, as the national postal system is very unreliable, and chances are better than average that heâ€™d never make it. As my birthday was approaching, my amazing wife took it upon herself to construct one of her own.

One favourite tee-shirt destroyed, an old pair of sunglasses, and several tens of feet of thread later, hey presto, I was presented with this cool facsimile of a plush Sparky on the date of my birth! Heather undersells herself, as she thinks this looks more like Sparkyâ€™s banjo-playing cousin from deep in the sticks, but I think heâ€™s awesome!

Anyway, hereâ€™s my entry for your contest, if youâ€™ll accept it. This is Sparky hanging around in the deserts of Kuwait with some new friends. 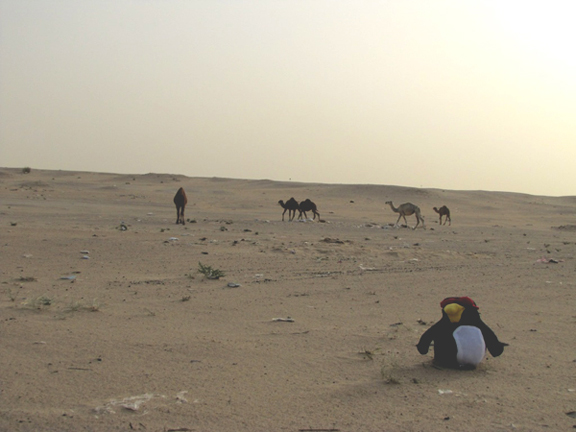 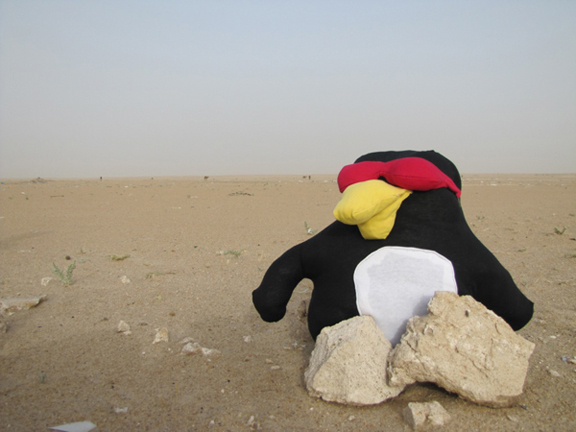