Awhile back at a tag sale, I picked up a strange artifact of a bygone era — a collection of Woody Allen newspaper comic strips from 1978. Who knew that Woody Allen had a newspaper comic? I’m somewhat baffled as to where it might have run (as you probably will be after you see a couple samples), but according to the afterword, the strip was “syndicated in newspapers throughout the United States,” as well as in sixty foreign countries. The nineteen-seventies, go figure. 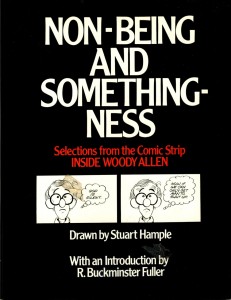 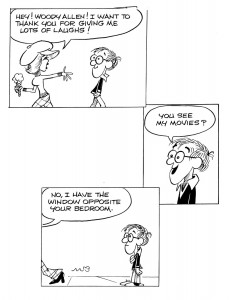 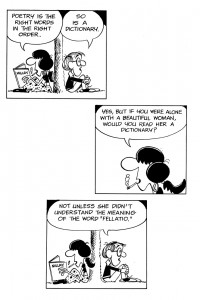 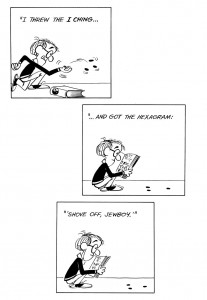 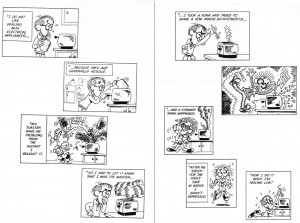 .
As if all of that isn’t odd enough, the book also features a nearly incomprehensible cartoon introduction by Buckminster Fuller. 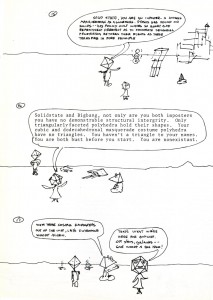