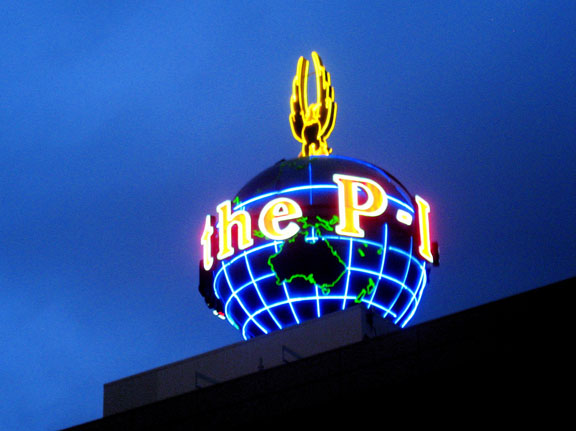 Not that this was unexpected:

SEATTLE â€” The Seattle Post-Intelligencer will produce its last printed edition on Tuesday and become an Internet-only news source, the Hearst Corporation said on Monday, making it by far the largest American newspaper to take that leap.

But The P-I, as it is called, will resemble a local Huffington Post more than a traditional newspaper, with a news staff of about 20 people rather than the 165 it had, and a site with mostly commentary, advice and links to other news sites, along with some original reporting.

But I did not expect this cartoon to start coming true quite so quickly (or so literally). I mean, we’re not even wearing those funky triangular tunics yet!