The incident was triggered when O’Reilly–with a Fox News crew shooting–was screaming at Obama National Trip Director Marvin Nicholson “Move” so he could get Obama’s attention, according to several eyewitnesses. “O’Reilly was yelling at him, yelling at his face,” a photographer shooting the scene said.

Secret Service agents who were nearby flanked O ‘Reilly after he pushed Nicholson. They told O’Reilly he needed to calm down and get behind the fence-like barricade that contained the press.

That guy is just a meltdown waiting to happen.

You know when a celebrity television personality like Bill O’Reilly arrives at a political event because they always have a retinue and because people turn their cameras and camera phones from the candidate to capture the famous face. When the popular Fox News entertainer arrived at the Obama event in Nashua, people turned to him but not always approvingly. “Hey O’Reilly,” yelled a man. When O’Reilly turned he got a single-finger salute. A few people approached Bill to shake his hand but the overwhelming sentiment was unfavorable. “O’Reilly hatemonger,” yelled a woman. A few other people gave him the bird. “I hate you Bill,” yelled a man. “You can’t stop us Bill,” yelled another. I thought someone might brain him with one of those Obama “Hope” signs.

A number of people shouted falafel, the word O’Reilly used in a racy set of telephone conversations with a young woman he was trying to seduce as he described a shower they might take together. He meant loofa, which is not a Middle Eastern delicacy but a bath item. 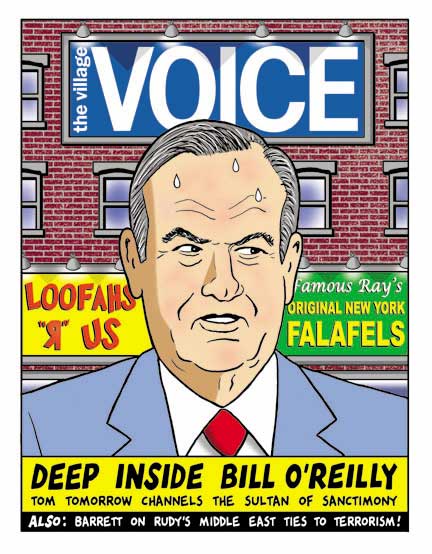 Seems like a good time to repost this link …