Reader JP forwards a link to declassified U.S. Central Command Powerpoint slides presented to the White House and Rumsfeld in 2002. Some highlights:

The buildup to the war in 2002 has been largely directed by the President and the Secretary of Defense. Options for initiating a war include responding to “an Iraqi action initially … continue into war.” 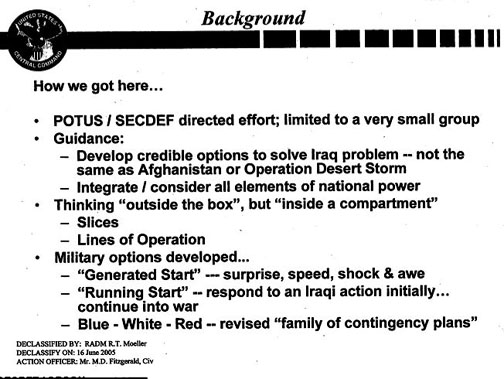 Central Command estimated that only 5,000 US troops would remain in Iraq in December, 2006. 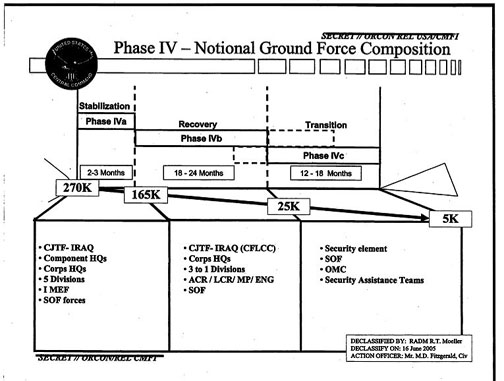 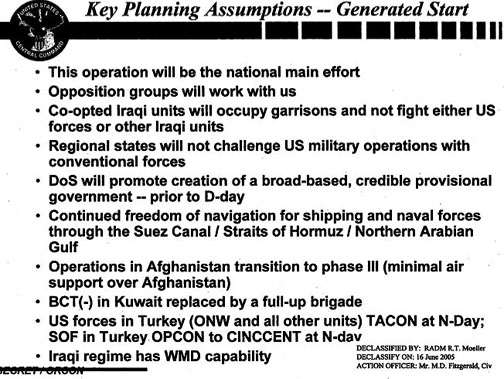