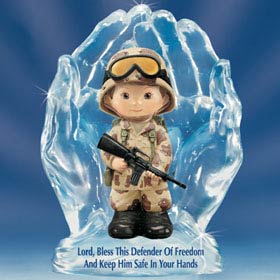 FORT CAMPBELL, Ky. (AP) — A U.S. soldier broke down in tears in court as he described his role in the gang rape and slaying of a 14-year-old Iraqi girl and the killing of her family last year.

Paul E. Cortez, 24, wept Wednesday as he became the second U.S. soldier to plead guilty to charges in a case considered among the worst atrocities by U.S. military personnel in Iraq.

By pleading guilty to rape and four counts of felony murder, Cortez was spared the possibility of a death sentence and must testify against the three other soldiers charged in the case.

Under the agreement, Cortez will be sentenced to up to life in prison, plus reduction in rank and a dishonorable discharge. Whether he is eligible for parole will be decided at sentencing Thursday.

He said Wednesday he raped 14-year-old Abeer Qassim al-Janabi in her family’s home in Mahmoudiya last March, and that Spc. James Barker, 24, held her down.

”I lifted up her skirt and took off her stockings while Barker held her hands with his knees,” he said before admitting that he raped the teenager as she screamed. ”After I was done, myself and Barker switched spots.”

Cortez offered no explanation for his involvement in the rape and murders, only saying that his intent was to rape the girl. The killing of the family was originally reported to be the work of insurgents.

Story here (h/t reader Michael S.). I assume it won’t be long before some right winger accuses me of hating the troops for posting this. Any discussion of the war must begin with the assumption that every single member of the U.S. military is an ascended being, personifying all that is good in the world and utterly beyond reproach. The reality is that they’re human beings in a tough situation, and like human beings anywhere, most of them are going to be fairly decent people doing the best they can, but some substantial minority are going to be total assholes. And of those, some are going to be psychopaths set loose in a land without apparent rules.