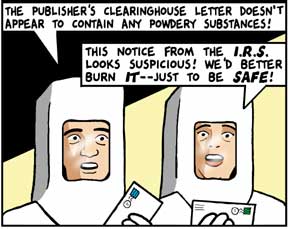 More on the stupidity outbreak in Boston, from August:

1. Attorney General Martha Coakley needs to shut up and stop using the word “hoax.” There was no hoax. Hoax implies Turner Networks and the ATHF people were trying to defraud or confuse people as to what they were doing. Hoax implies they were trying to make their signs look like bombs. They weren’t. They made Lite-Brite signs of a cartoon character giving the finger.

2. It bears repeating again that Turner, and especially Berdovsky, did absolutely nothing illegal. The devices were not bombs. They did not look like bombs. They were all placed in public spaces and caused no obstruction to traffic or commerce. At most, Berdovsky is guilty of littering or illegal flyering.

3. The “devices” were placed in ten cities, and have been there for over two weeks. No other city managed to freak out and commit an entire platoon of police officers to scaring their own city claiming they might be bombs. No other mayor agreed to talk to Fox News with any statement beyond “no comment” when spending the day asking if this was a “terrorist dry run.”

4. There is nothing, not a single thing, remotely suggesting that Turner or the guerilla marketing firm they hired intended to cause a public disturbance. Many have claimed the signs were “like saying ‘fire’ in a crowded theater.” Wrong. This was like taping a picture of a fire to the wall of a theater and someone freaked out and called the fire department.

(Little late to the party on this, I know — it’s been a busy week. Two related cartoon variations on a theme here and here.)

… and this just in: video of a press conference with the “terrorists” themselves …