Enough of you have written in to point out the similarities between this Sunday’s “Foxtrot” strip and my own Halloween cartoon from 2003 that I thought I should address this. (Click images to see larger versions.) 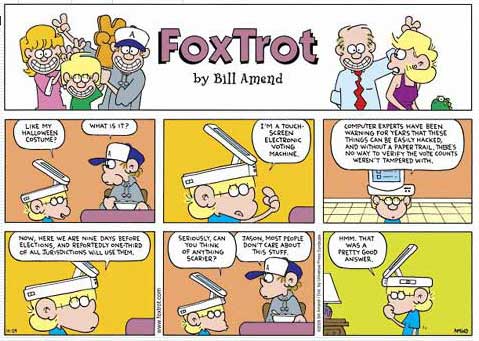 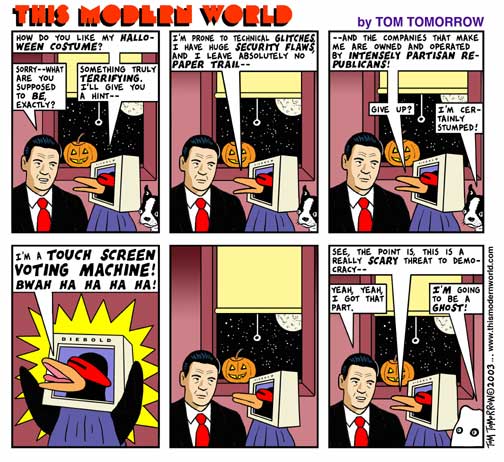 Despite the similarities, I don’t think there’s anything nefarious going on here. I’m not closely familiar with Foxtrot, but it really doesn’t seem like the sort of cartoon whose creator needs to troll three year old TMWs for ideas. This seems like a pretty basic case of Cartoonist Minds Thinking Alike to me: electronic voting machines have been in the news quite a bit lately, and the thought that their vulnerabilities might actually allow someone to undermine the democratic process is pretty scary, and hey, speaking of scary, Halloween is right around the corner …