We are, in a sense, at the moment of truth. The sadistic and/or bizarre acts committed in Guatanamo, Abu Ghraib and the CIA’s secret prisons can be written off as the crimes of a few bad apples with names like Bush, Cheney and Rumsfeld — or, more charitably, as the consequences of a string of bad and brutal decisions made under emergency conditions by men who were terrified by all the things they didn’t know about Al Qaeda. Either way, they were not acts of national policy, endorsed and approved by Congress after open, public debate. But, thanks to the Hamdan decision, the question is now formally on the table . . . So now we’ll find out, I guess, what we’re really made of as a nation — down deep, in our core.

The bad news is that Mr. Bush, as he made clear yesterday, intends to continue using the CIA to secretly detain and abuse certain terrorist suspects. He will do so by issuing his own interpretation of the Geneva Conventions in an executive order and by relying on questionable Justice Department opinions that authorize such practices as exposing prisoners to hypothermia and prolonged sleep deprivation.

Under the compromise agreed to yesterday, Congress would recognize his authority to take these steps and prevent prisoners from appealing them to U.S. courts. The bill would also immunize CIA personnel from prosecution for all but the most serious abuses and protect those who in the past violated U.S. law against war crimes.

And if anyone was still harboring the illusion that the Democratics in Congress were finally going to shed their invertebrate past, that if any issue would inspire them to rise to the challenge of their era, then certainly something as fundamental as a torture bill would do the trick, well — ha ha! Joke’s on you!

Joke’s on all of us. We are so fucking screwed. 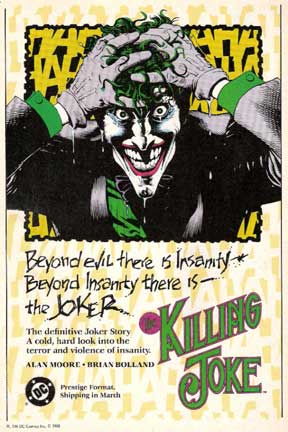