A couple weeks back, I mentioned the satirical NSA posters that I designed for a company called RSA Data Security back in 1995 (and which are, for obvious reasons, suddenly timely again). As I said then, these have apparently become quite the collector’s items in certain circles — I get email from people trying to find copies of them on a pretty regular basis. I didn’t think I had copies of them myself — but … I was going through a closet and found a mailing tube that didn’t appear to have been opened since I left the Bay Area, eleven years and (I think) six moves ago — and inside it, I found a small stash of those very posters in near-mint condition. Which made me very happy, because I like to have copies of these things for my archives. And since I’ve got a couple to spare, I’m putting one each of the two designs up on eBay, here and here. (Note: the images on the actual posters are much crisper than these low-res scans make them appear.) Since we’re on the verge of a long holiday weekend, I’m making it a ten day auction. 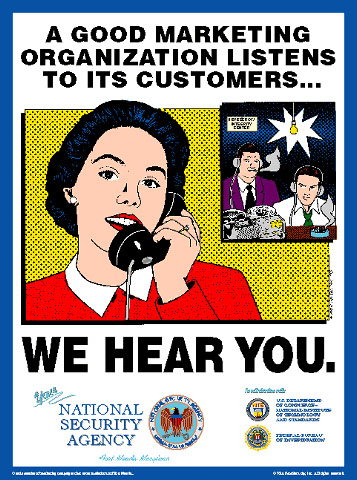 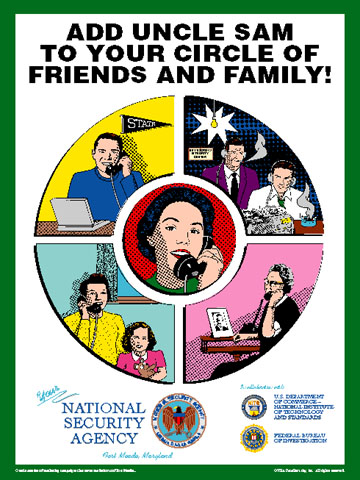