What’s really remarkable is this is WITHOUT any congressional investigation of Bush’s misdeeds, plus an economy far better (as much as it sucks for many) than in summer 1974. So Bush really has nowhere to go but down. This one is going to make sporting history. 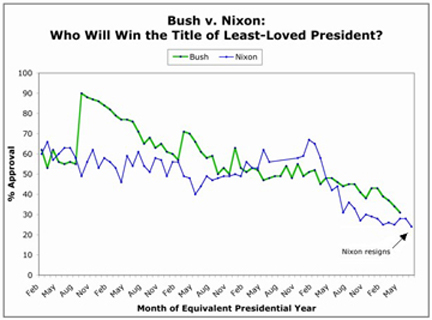 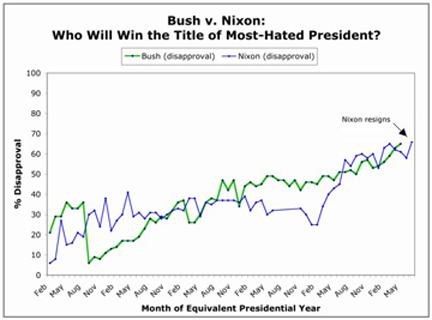 (All polls are Gallup. Thanks to Crayz for the heads up on the latest.)