I’ve alluded to the fact that I’ve got a new book coming out soon. There’s been a longer-than-usual break between books — I switched publishers after St. Martin’s dropped the ball so badly on the last one, which threw things off. Which means this one’s a little longer than the standard two-year compilation, with work going all the way back to the runup to war in 2002. So when I was putting it together, I was trying to think of a title and a cover image that would succinctly sum up everything we’ve been through since then … and, well, this is what I came up with: 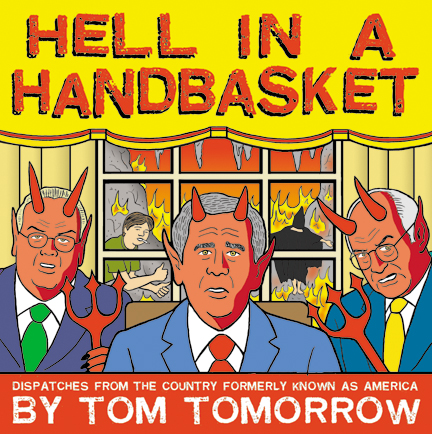 Think I’m gonna get any crap for this one?

… I know the Amazon ranking numbers are essentially meaningless, especially when comparing a few pre-orders today to absolutely no sales yesterday. But still, you gotta love this: