The war on rationality continues unabated:

The top climate scientist at NASA says the Bush administration has tried to stop him from speaking out since he gave a lecture last month calling for prompt reductions in emissions of greenhouse gases linked to global warming.

Dr. Hansen said he would ignore the restrictions. “They feel their job is to be this censor of information going out to the public,” he said.

Dean Acosta, deputy assistant administrator for public affairs at the space agency, said there was no effort to silence Dr. Hansen. “That’s not the way we operate here at NASA,” Mr. Acosta said. “We promote openness and we speak with the facts.”

He said the restrictions on Dr. Hansen applied to all National Aeronautics and Space Administration personnel. He added that government scientists were free to discuss scientific findings, but that policy statements should be left to policy makers and appointed spokesmen.

Mr. Acosta said other reasons for requiring press officers to review interview requests were to have an orderly flow of information out of a sprawling agency and to avoid surprises. “This is not about any individual or any issue like global warming,” he said. “It’s about coordination.”

Dr. Hansen strongly disagreed with this characterization, saying such procedures had already prevented the public from fully grasping recent findings about climate change that point to risks ahead.

“Communicating with the public seems to be essential,” he said, “because public concern is probably the only thing capable of overcoming the special interests that have obfuscated the topic.”

Dr. Hansen, 63, a physicist who joined the space agency in 1967, directs efforts to simulate the global climate on computers at the Goddard Institute in Morningside Heights in Manhattan.

Irrelevant but tangentially related anecdote: I lived up near Columbia for several years, back when my wife the professor was still in grad school, and I probably walked past the Goddard Institute at least once a day. Now, when you hear that the global climate is being simulated on computers in a research facility whose full name is the NASA Goddard Institute for Space Studies, you might imagine that it’s all taking place in a high tech building of glass and steel — something like this, say: 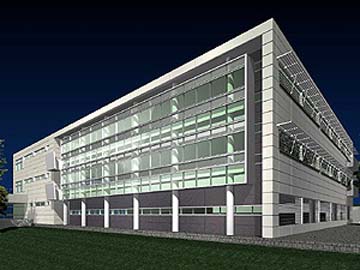 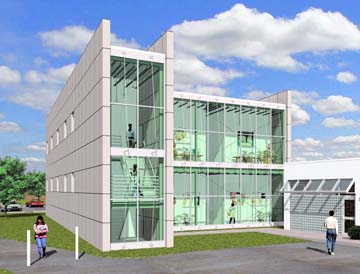 In reality, the Goddard Institute occupies space in this completely unremarkable brick building at the corner of 112th and Broadway: 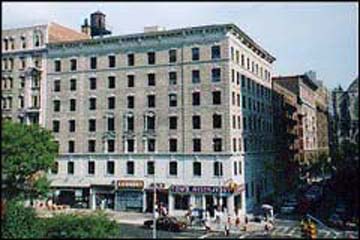 And if you look closer, you may recognize the building from a completely different context, at least if you were ever a “Seinfeld” fan: 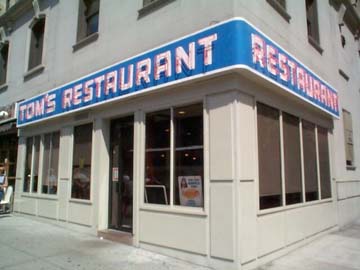 I always thought it was a strange juxtaposition — at ground level, tourists constantly stop and pose for photos in front of a restaurant famous because it was used as an establishing shot on a popular television show (and whose interior, incidentally, bears absolutely no resemblence to the diner on the show), while a few floors above, scientists are trying to predict the fate of the planet.

(Bonus trivia: Tom’s was also the inspiration for a song on Suzanne Vega’s first second album.)