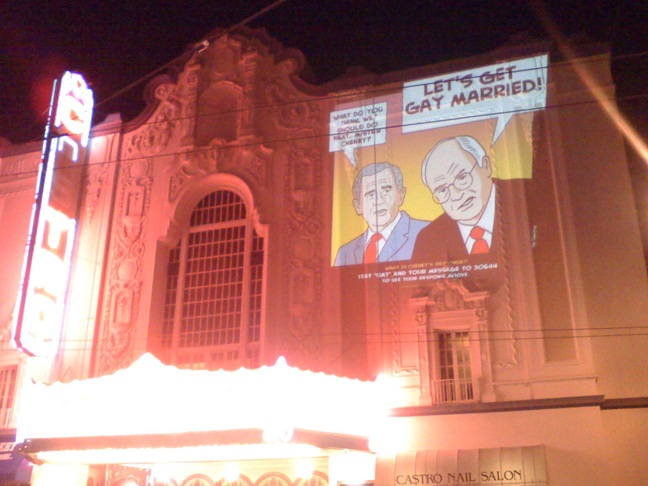 Tom Tomorrow is the creator of the weekly political cartoon, This Modern World, which can be found on sites including Daily Kos, The Nib and The Nation, as well as many alternative weeklies across the nation (support your local altweekly!). His work has appeared in publications including The New York Times, The New Yorker, Spin, Mother Jones, Esquire, The Economist, The Nation, U.S. News and World Report, and The American Prospect.

From 1999-2001, he worked on a series of animated web cartoons which can be viewed here.

In 2009, he created the cover art for the Pearl Jam album Backspacer.

In 2015 he held a record breaking Kickstarter, raising $310,357 to publish a massive, two volume compilation celebrating the 25th anniversary of the strip.

He has published thirteen other anthologies of his work:

He is also the author of a book for children, The Very Silly Mayor (2009).

He received the Robert F. Kennedy Award for Excellence in Journalism in 1998 and in 2003, the Herblock Award in 2013, and was a Pulitzer Prize finalist in 2015. Other honors include:

Tom Tomorrow has given many campus talks and presentations, and will available for speaking engagements when such things are possible again.

“Panel for panel, no comic strip captures the toxic depravity of the Trump Administration quite like This Modern World. It can’t be easy to satirize self-parody, but Tom Tomorrow does so with a deadpan glee that’s simultaneously hilarious, insightful and tragic. #PulitzerWorthy” — Mark Hamill

“Turn off your TV! Shut down your computer! Tom Tomorrow has a laugh out loud gift for us. His latest book of cartoons, Life in the Stupidverse, is like a living, wriggling, ever expanding bag full of chittering, twittering Tribbles reproducing and multiplying itself. It’s wit, insight and — of all things — hope for the future of our democracy. Oh My!” — George Takei

“Tom Tomorrow makes me laugh about the world today — and if you’ve seen the world recently, you know what an actual miracle that is.” — John Scalzi

“As I crawl on hands and knees through the smoldering rubble of the MAGA Apocalypse, one of the only things that keeps me going is the prospect of a new Tom Tomorrow cartoon. As I weakly lift my iPad, hand shaking, and peruse the latest offering, I giggle through the sobs. Tom, you mad, sardonic genius, may you scribble on forever. “ — Derf Backderf

“We live in a time that is beyond satire for all but Tom Tomorrow, who has hit the vein yet again with his unrivaled wit and perspicacity.”
—Ed Solomon, writer of Men in Black, co-writer of Bill and Ted Face the Music

“I’ve been a huge fan of Mr. Tomorrow’s work since I was a wee lad, and having meticulously studied his writing for many years, I’m afraid I’ve come up with a rather disturbing conclusion: some of our elected officials may not always have our best interests at heart.  I’m very sorry I had to be the one to tell you this.” —Weird Al Yankovic

“One of the most clever and incisive political cartoons in the country.”– The Los Angeles Times.

“The current political scene creates two impulses, to jump off a bridge or to laugh. Luckily, Tom Tomorrow gives us a chance to laugh.”– Ben Bagdikian.

“Like all good satirists, Tomorrow is an indiscriminately subversive individualist … (who) does a seriously funny job of taking on the derangements of consumer culture and the high pretensions of political lowlifes.”– Entertainment Weekly.

“The look of Roy Lichtenstein, the brutality of Lenny Bruce.”– Des Moines Register.